If there’s one thing we gamers love it’s a hit of good ol’ nostalgia, and you can’t get much more nostalgic than Star Wars: Knights of the Old Republic. The classic video game is one of the most beloved BioWare titles of all time, and there’s more than just a slight hankering to see it make a comeback. 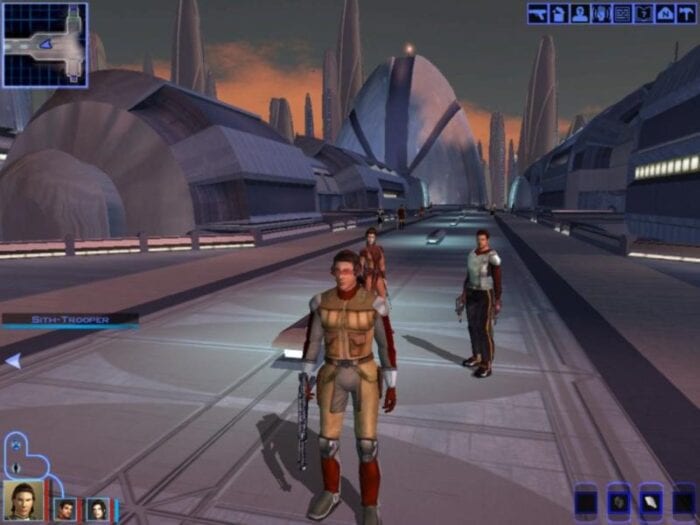 According to news reports, Disney is now setting its sights on the iconic KotOR – but not as we know it. It’s rumoured that the House of Mouse will take the era of the KotR games and turn them into something a little more Disney friendly: apparently both a movie and a television series are planned for its new streaming platform, Disney+.

The rumour comes from unnamed sources close to the project who spread the word to FandomWire. As always with rumours like these, take them with a pinch of salt.

This time around, the idea might not be too far-fetched though. Just last year, we reported that a Knights of the Old Republic movie was coming, adding fuel to these new rumours.

At the time the head of Lucasfilm, Kathleen Kennedy said in an interview with MTV: “You know, we talk about [Knights of the Old Republic] all the time. 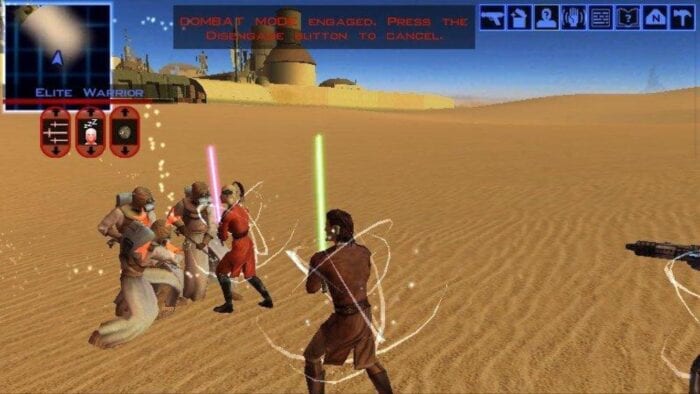 “Yes, we are developing something to look at. Right now, I have no idea where things might fall, but we have to be careful that there is a cadence to Star Wars that doesn’t start to feel like too much.

“We don’t have a crystal ball, you know, we tried a little bit with ‘Solo’ to see if we could do two movies a year and whether or not there really was an opportunity for that, and we felt that’s not going to work. So, we back off of that a little bit. But it doesn’t mean we don’t think about lots of different stories, because that’s the exciting thing about this universe.”

Star Wars: Knights of the Old Republic is set about 4,000 years before the founding of the Galactic Empire, where a Sith Lord named Darth Malak is attacking the Republic.

Hopefully, we’ll hear some confirmation from Disney on this one!

RESIDENT EVIL 2 REMAKE MOD REPLACES CLAIRE WITH THE LAST OF...

The Witcher Season 2 Will Feature A More “Linear” Story and...

Screenshot Shows Devil May Cry 3 On Switch Is Not What...