Cyberpunk 2077 is the latest 2020 game to have its release date pushed back, and rumour says it’s all because of how the game is running on Xbox One and PlayStation 4.

The claim comes from Borys Niespielak, a supposed video games insider, who joined a well-known Polish podcast to explain that current-gen consoles are to blame for the pretty sizeable push-back. 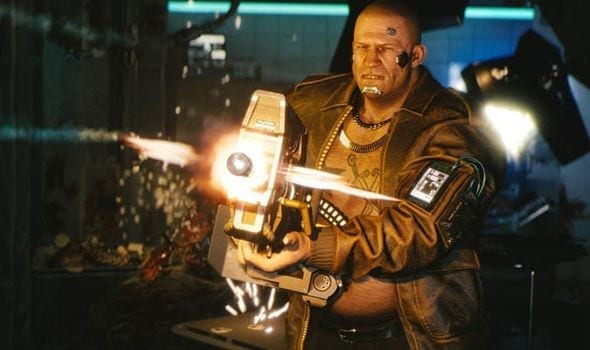 Credit: CD Projekt Red
Niespielak explains that CD Projekt Red was struggling to see satisfactory results when running Cyberpunk 2077 on the PlayStation 4 and Xbox One. The team then decided to delay the game if a fix hadn’t been found by January 2020, and the rest is now history.

Responding to the news on Twitter, God of War director Cory Barlog offered some further explanations about game development and hardware limitations. He retweeted an article on the issue, adding: “EVERY game runs badly until you optimize for the hardware in the final push before gold.”

He then went on to add: “In truth, we often probably do NOT want to share this because, for some reason, we believe people will jump to apocalyptic conclusions and get angry….

“I can’t say I speak for the industry, so fellow devs chime in to disagree or correct if you feel your experience is different, but I feel this to be true for *most* games. GAMES ARE VERY UGLY, FOR A LONG TIME, UNTIL THEY ARE NOT. Traditionally, that is right near the end…

“To me there is NOTHING shameful or nefarious about the game not running well in development. We ALL obviously want to release the smoothest/most bug-free experience humanly possible”

If you watched the official God of War documentary, Raising Kratos, you’ll already know that GoW’s development was as stressful as they come, so hopefully, game devs across the board can take some comfort in Cory’s words!

Destiny 2 speedrunners are pissed about incoming changes to swords

Argonus and the Gods of Stone HOODLUM Free Download

RESIDENT EVIL 2 REMAKE MOD REPLACES CLAIRE WITH THE LAST OF...